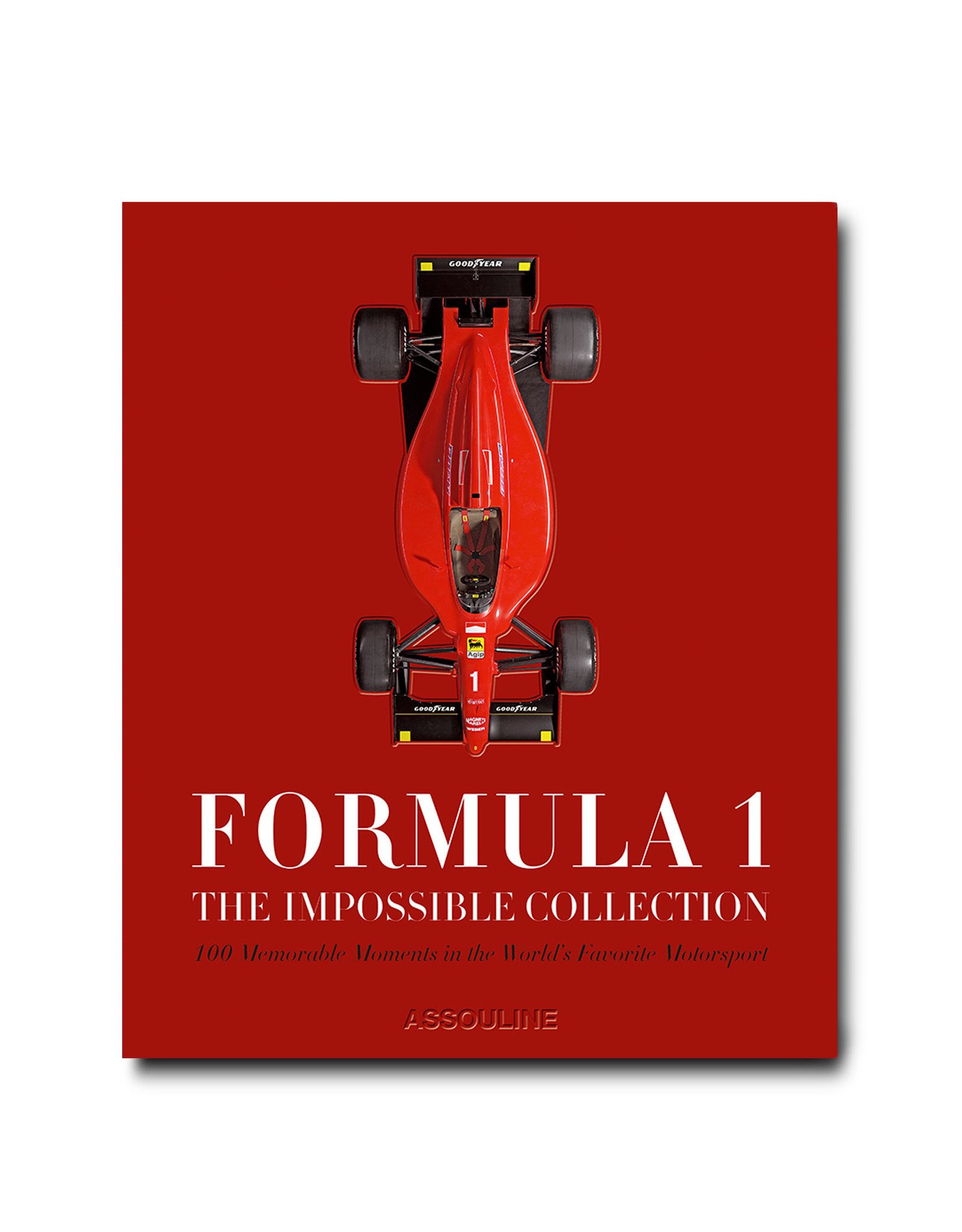 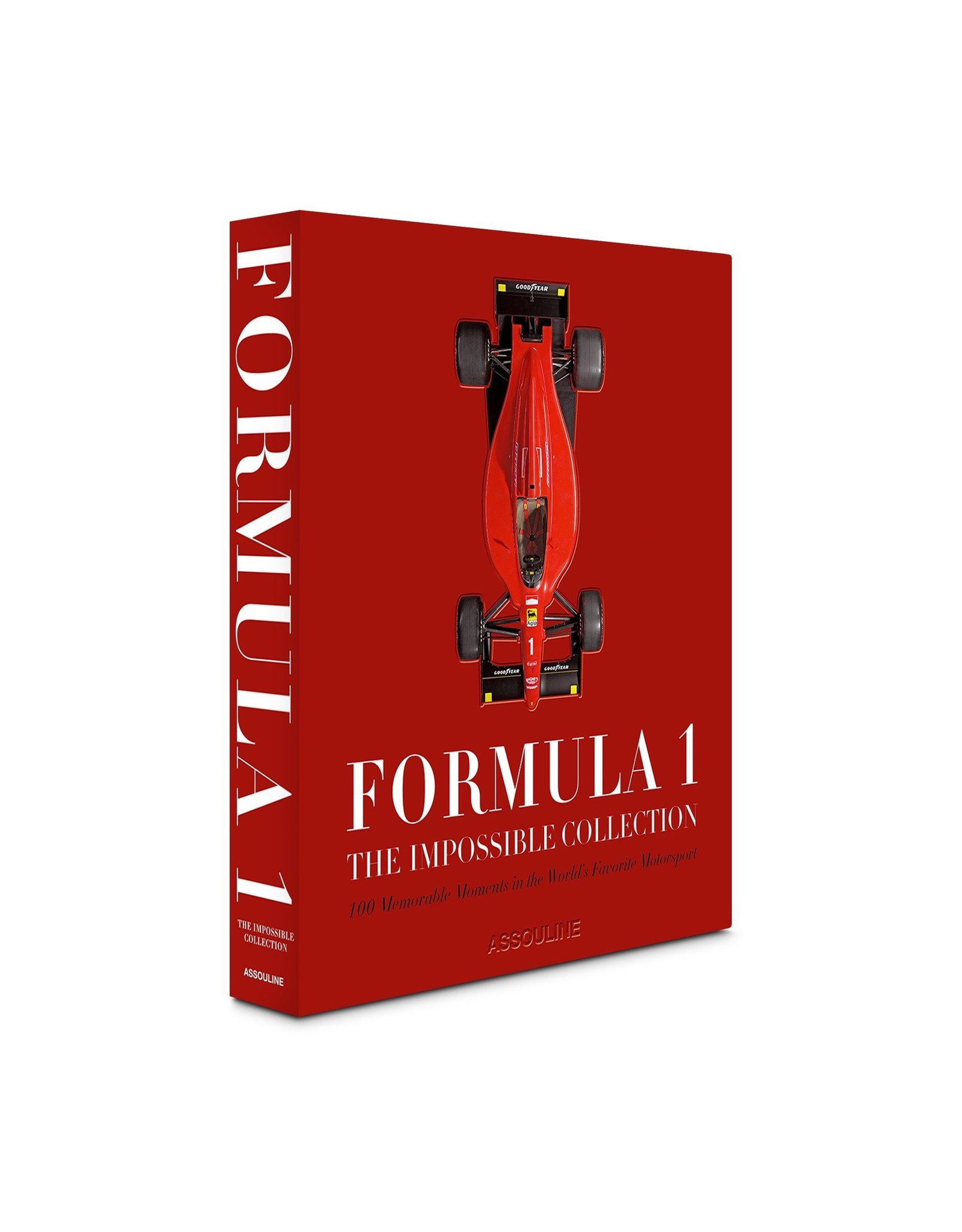 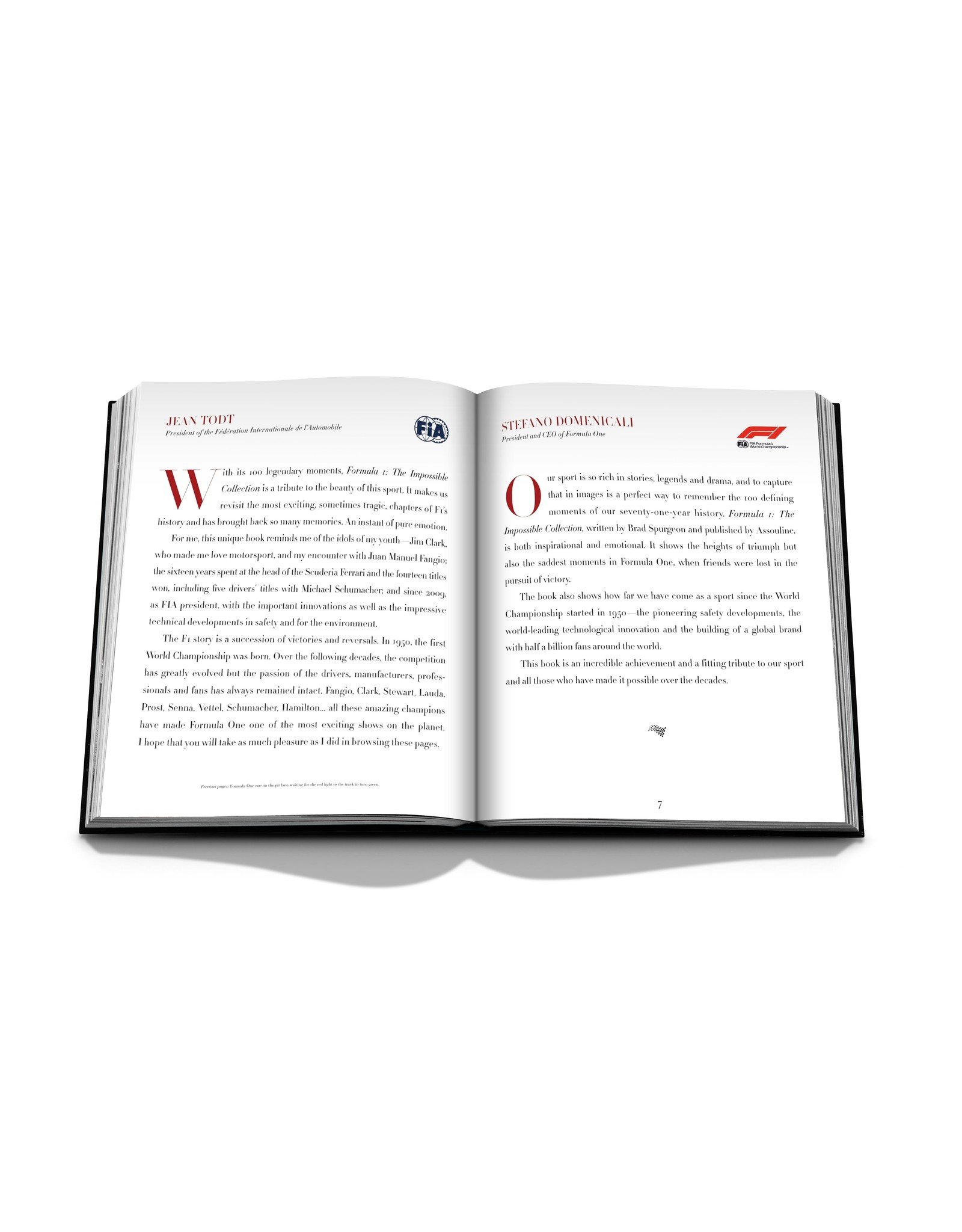 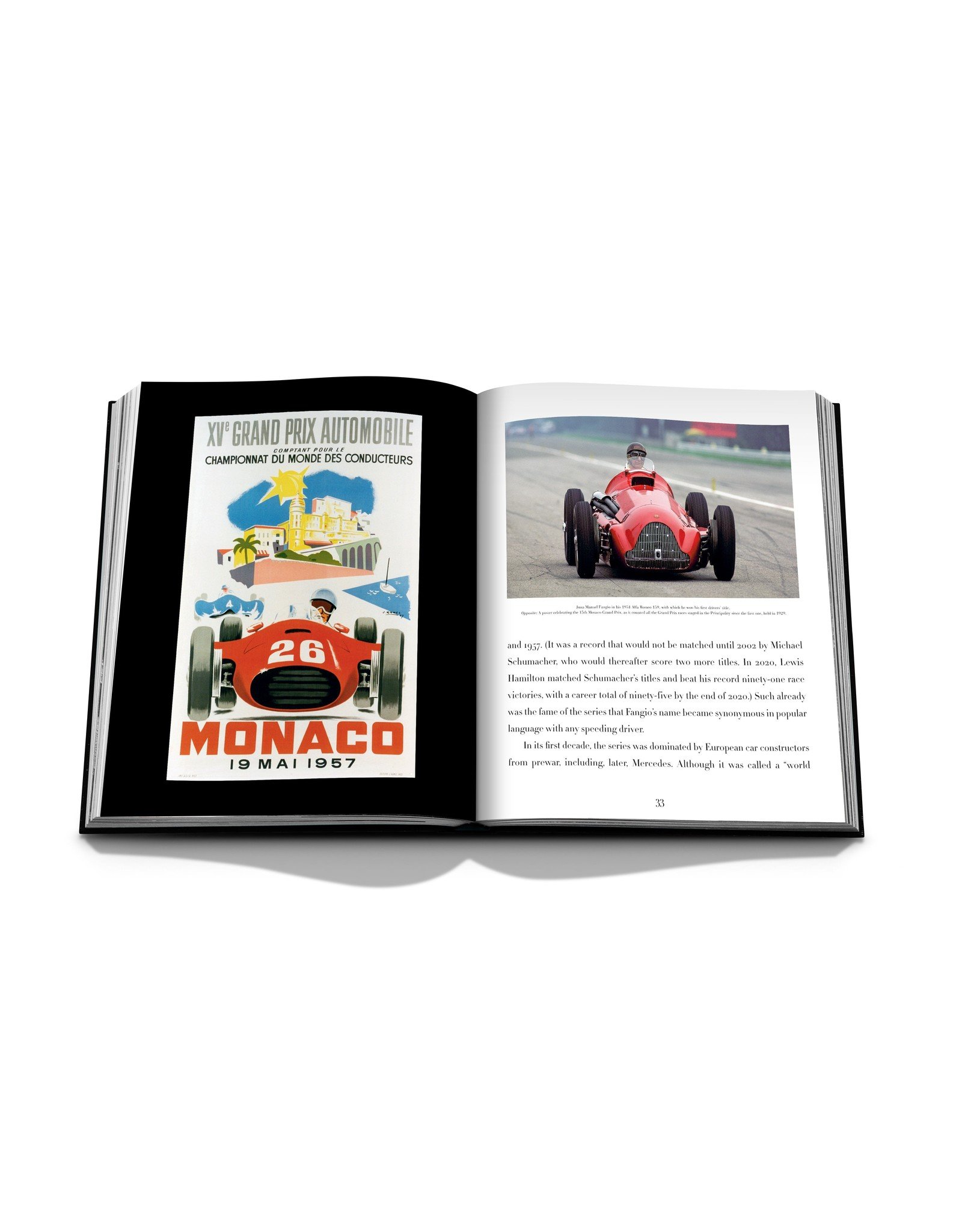 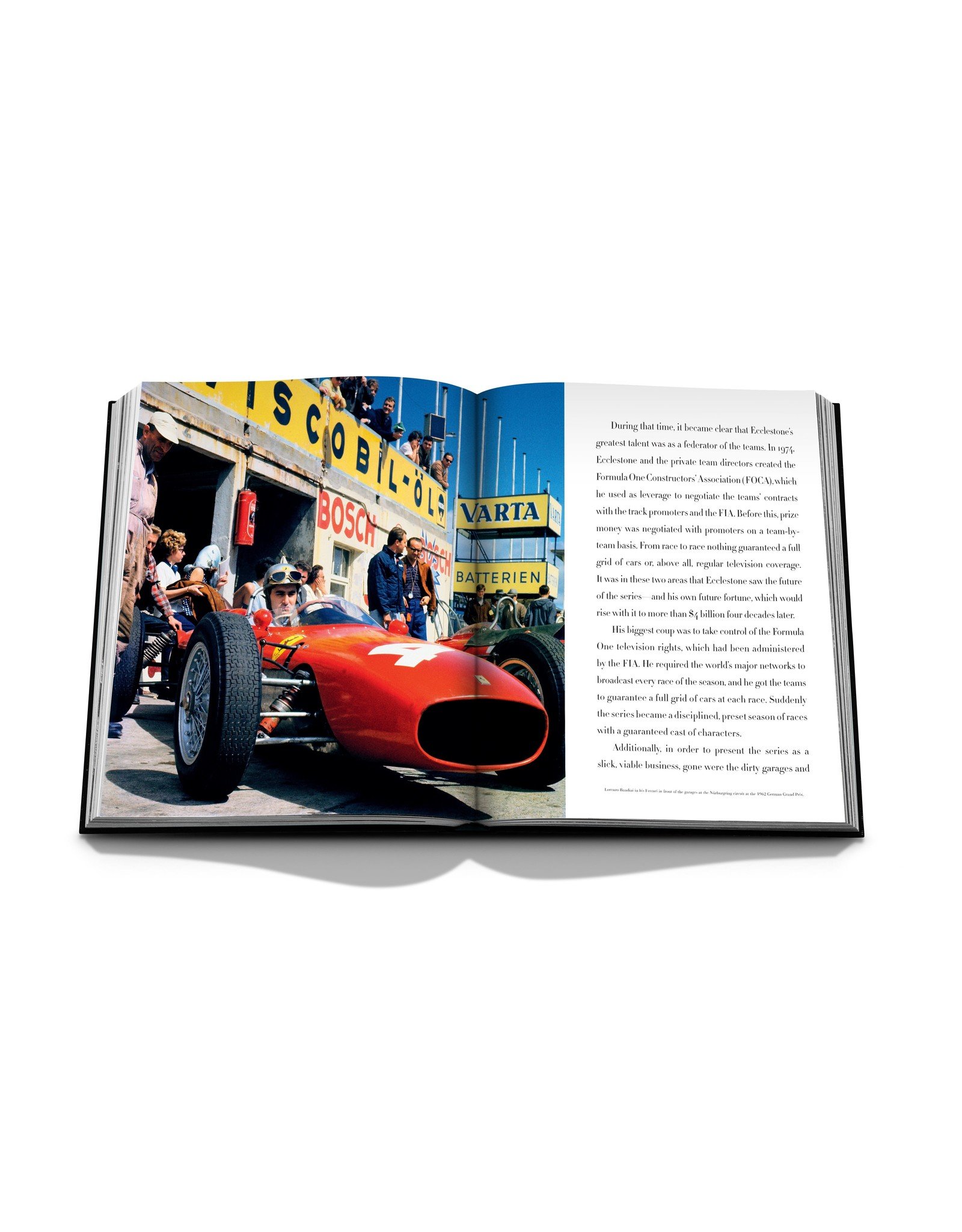 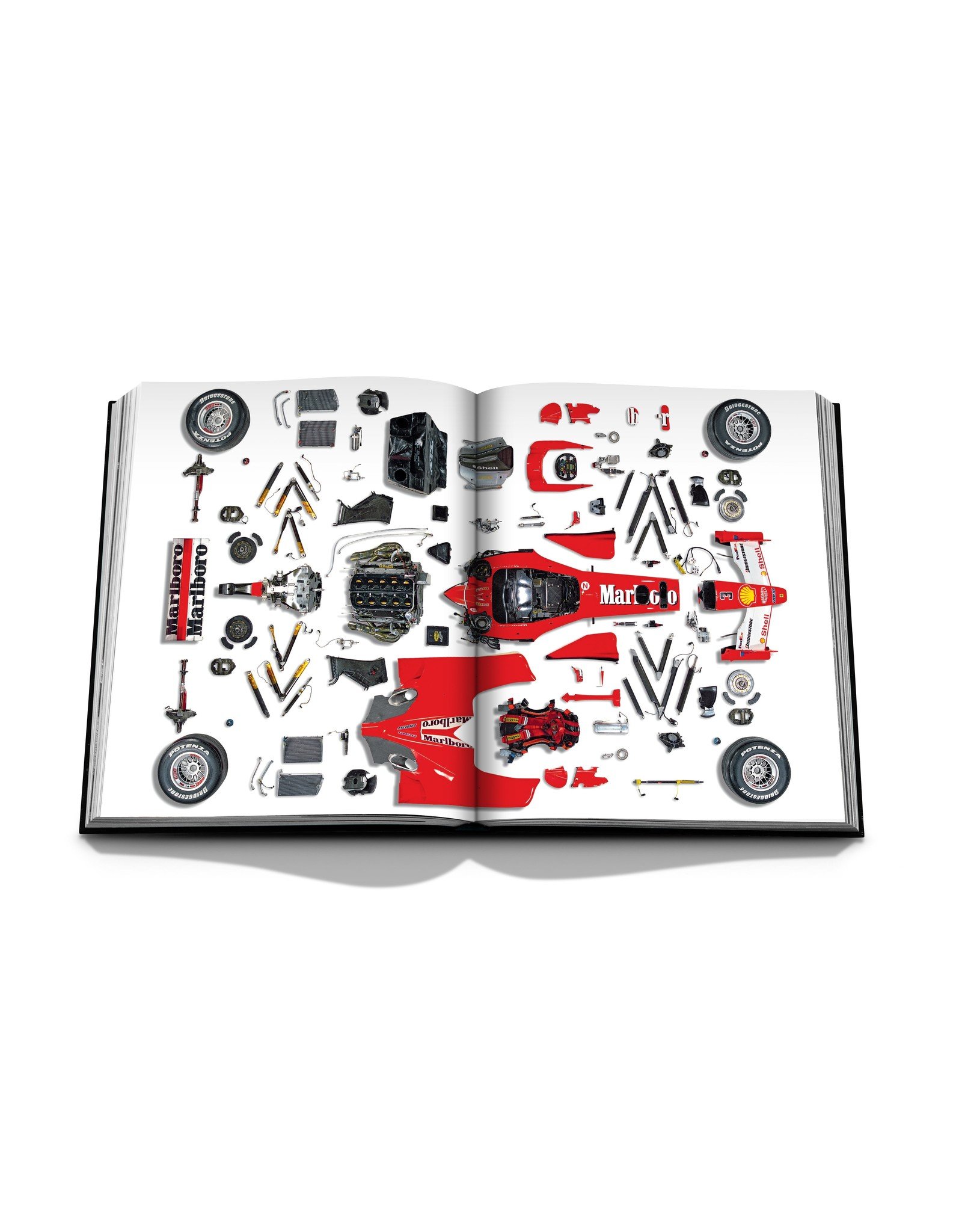 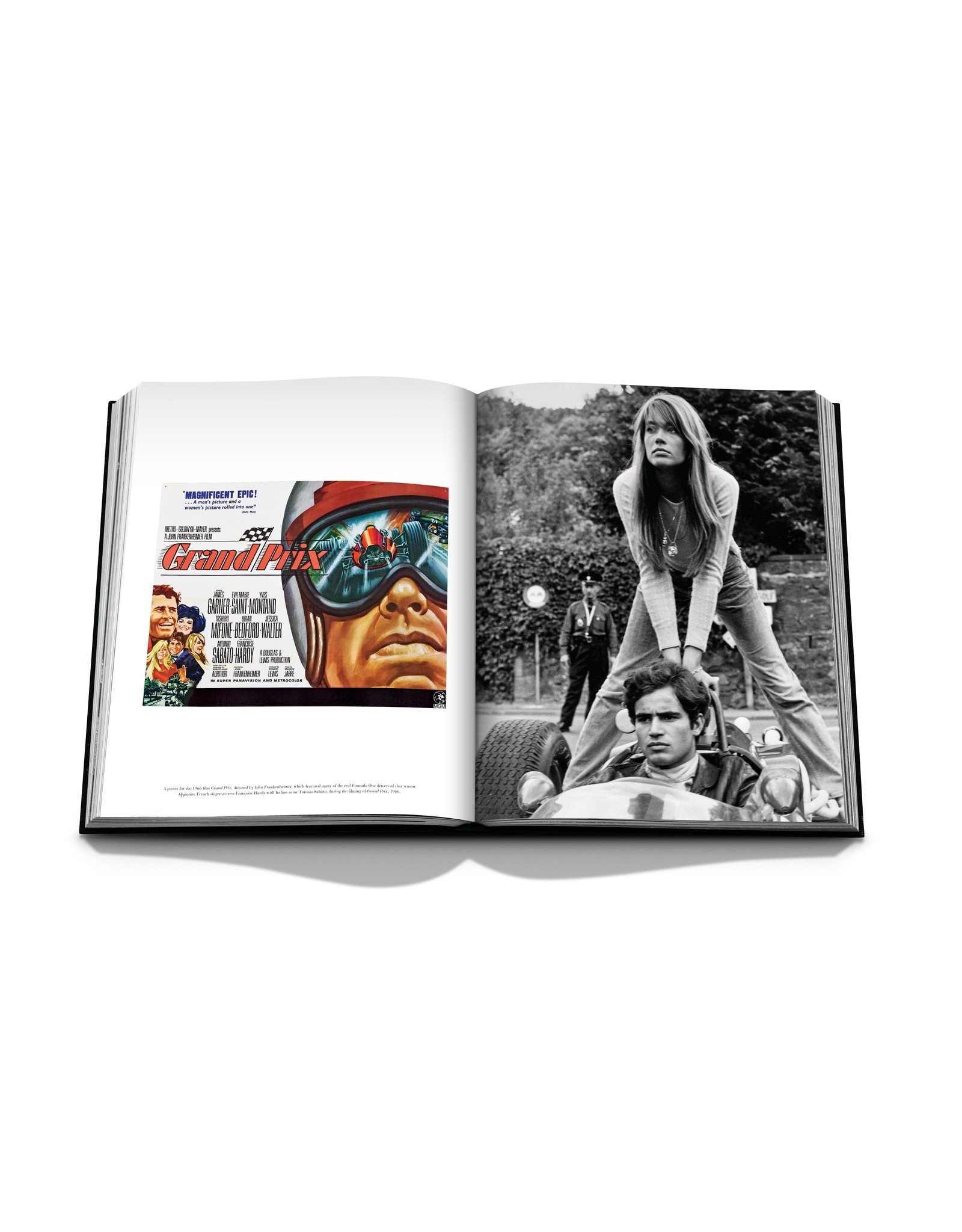 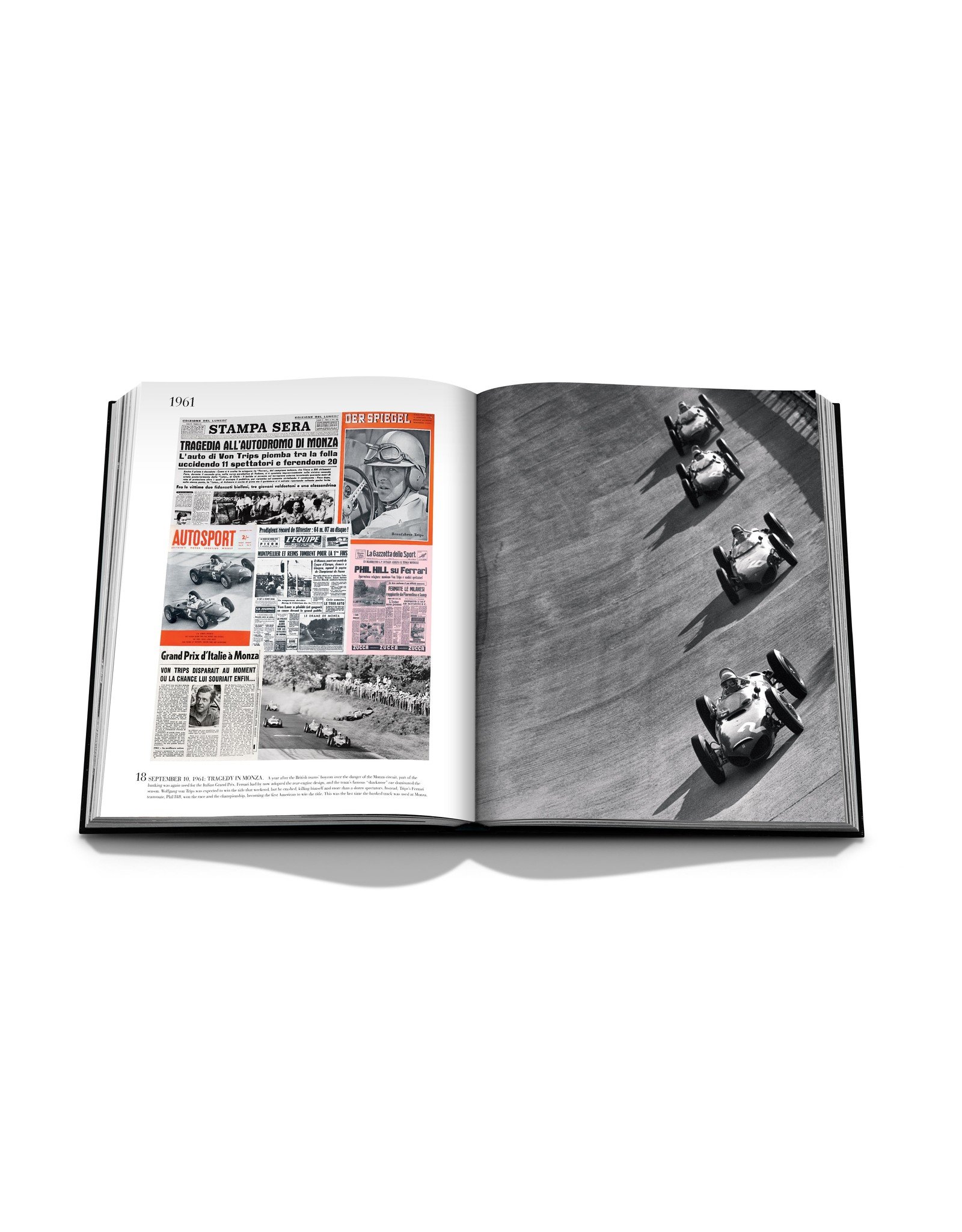 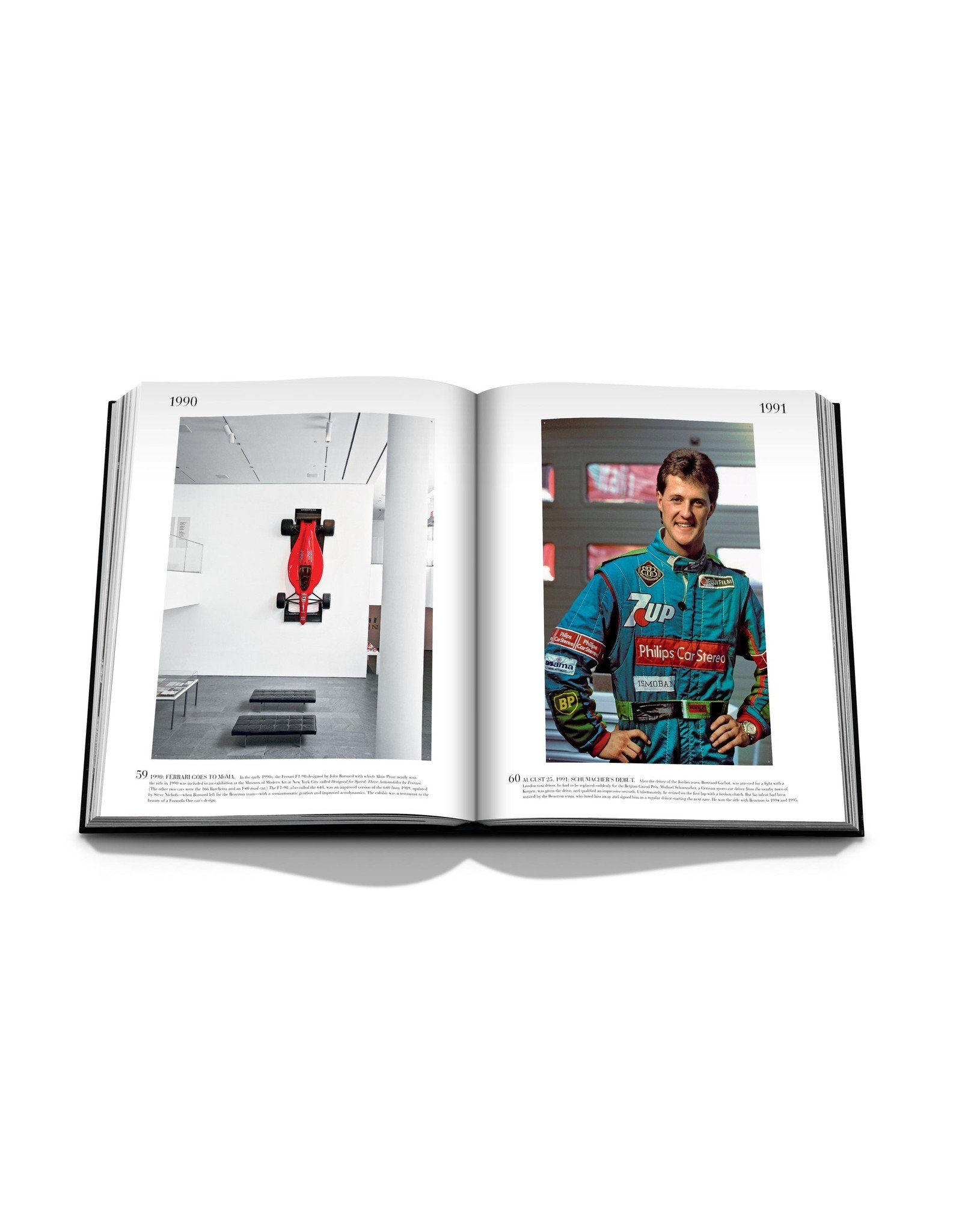 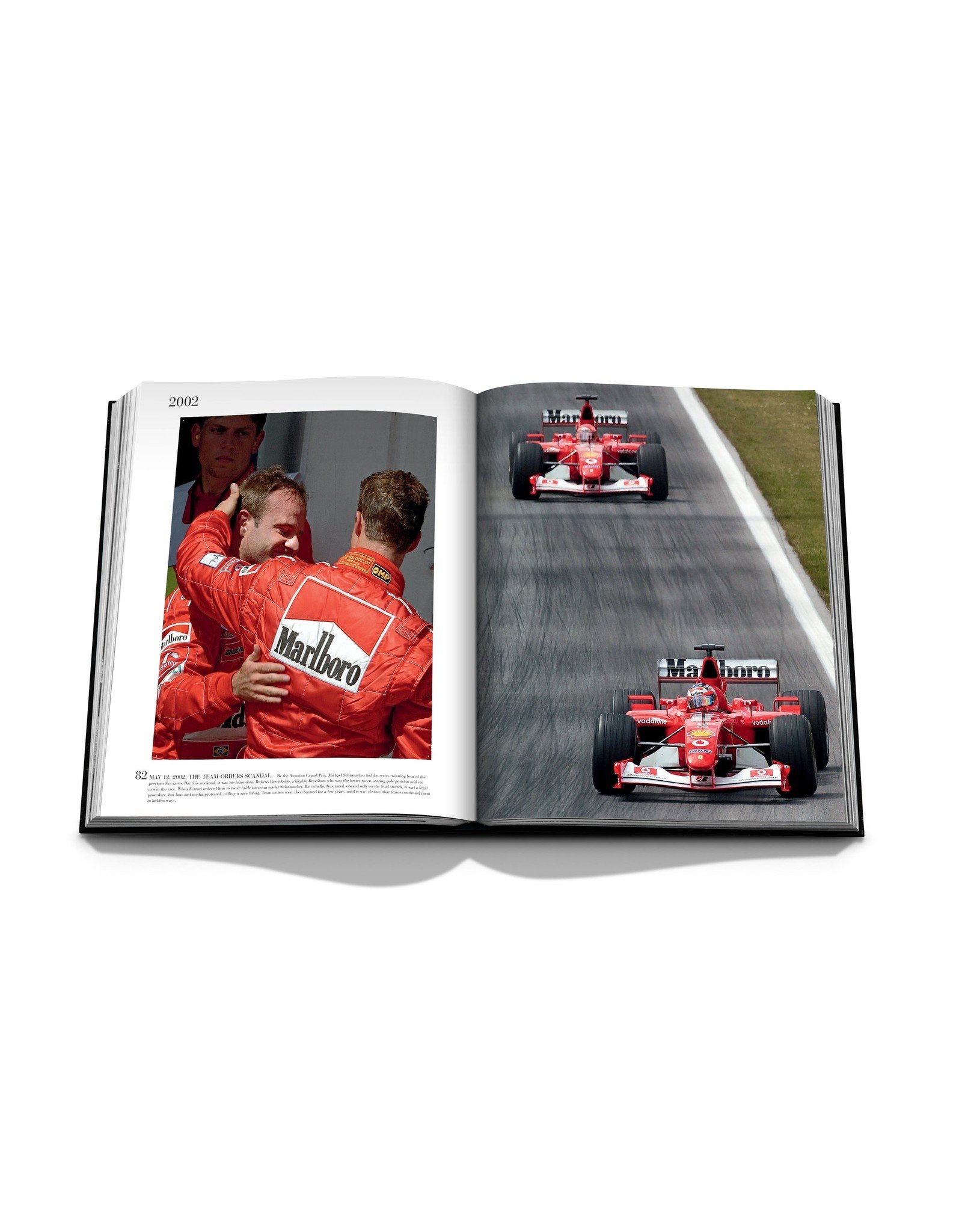 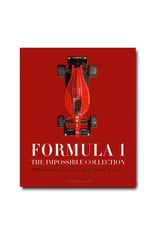 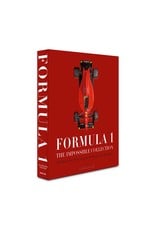 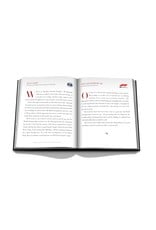 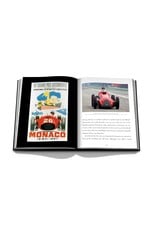 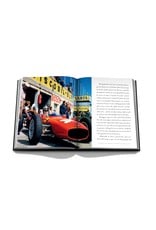 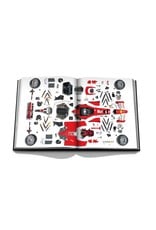 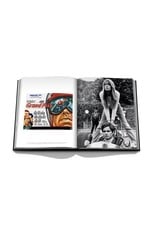 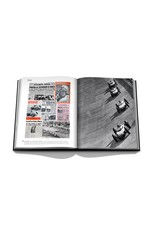 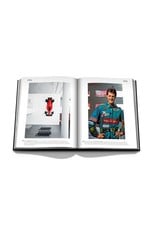 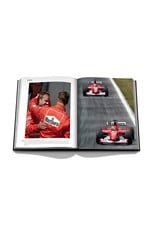 A six-point safety harness wraps over your shoulders and between your legs, a head and neck brace clamps down your chest. The world ahead is visible only above a rim at eye level; the world behind is seen only through two mirrors little bigger than cigarette boxes. The start lights begin to illuminate red, and when they extinguish, your life will enter another dimension: this is not a fighter jet or a spacecraft, you are on the starting grid of a Formula One track, strapped into the world’s most technologically advanced racing car. The turbocharged engine, with more than 1,000 horsepower, is about to kick you in the backside, hurtling to 100 kph in 2.5 seconds, careening toward the first corner of the track. For the average reader, even driving a single lap of a Grand Prix would be impossible. But for the world’s twenty best racing drivers in the series’ ten teams, it is a way of life that is extreme in almost every facet.

A spirited tribute to the sport and all those who have made it possible over the decades, this handcrafted Ultimate Collection volume dynamically illustrates that Formula One is far more than “cars going around in circles,” it is the culmination of a passion that fires the mechanics, technicians, engineers and team directors behind the scenes, in addition to the drivers themselves, who are prepared to possibly pay the ultimate sacrifice to be part of its glorious history. Housed in a luxury clamshell case with a metal plaque, this spectacular tome is lightly scented with an exclusively made rubber-infused essence, and is presented in a red canvas tote bag to preserve its craftsmanship.

Brad Spurgeon reported on Formula One for the International Herald Tribune and The New York Times for over two decades, traveling to nearly every Formula One race each season over five continents. His passion for racing began as a boy when he attended the first Canadian Grand Prix in 1967. He has contributed articles to publications around the world and has appeared as an F1 expert on Eurosport, CNN, Al-Jazeeraand L’Équipe TV. Based in Paris, Spurgeon works as a freelance writer, filmmaker and musician.

Hand-bound using traditional techniques, with color plates hand-tipped on art-quality paper, each page of this limited-edition series bears the unique imprint of the artisan. Treating a range of topics from jewelry and fashion, fine art and the ‘Impossible Collections,’ the Ultimate Collection curates culture from around the world and across the ages. Nestled in linen clamshell presentation cases, these books attract collectors, lovers of the printed page, and those who devour the culture of our time. Signaling a new level of sophistication for true connoisseurs, these unique books are works of art in their own right.

Add your review
0 stars based on 0 reviews